North Korea has proposed to conduct talks with America just a few days after they cancelled a meeting with officials from South Korea. The National Defence Commission (which is North Korea’s “highest guiding organ of the military and the managing organ of military matters” according to their 1998 constitution) demanded “serious discussions” to “secure peace and stability”. The US also demanded “credible negotiations” as long as they complied with UN regulations.

This is North Korea and America’s first high-level talks since 2009, with only smaller meeting since. The threat of nuclear war and attacks on South Korea and the US coupled with false promises to work  amicably with these countries led to a renewed desire to engage in high-level talks.

North Korea has constantly been pushing the boundaries, conducting three nuclear tests in the past few years, angering most of the world and their only ally, China. The high-level talks to be conducted are a break-through in almost non-existent compromise previously. Earlier sanctions imposed by China led to increased threats from north Korea and the cutting of hotlines used for emergency communication with the South.

Although earlier in the week North Korea agreed to talk with the South they later cancelled the meeting accusing them of “deliberate disturbance” by changing the head of its delegation. However, they have now said they will be willing to have “serious discussions on a wide range of issues, including the US goal to achieve the world free of nuclear arsenal”.

Do you think North Korea will go ahead with the talks? Will the talks have a positive or negative consequence?

This is a first of our video series on different aspects of politics explained in a simple, short and fun video.

The winner will be announced next thursday and we must have over 50 shares or 50 retweets! So get sharing/retweeting now and you could have these 2 fantastic items by the end of next week! 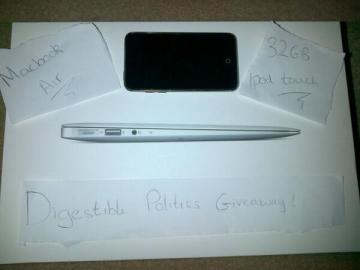 It is a secret government organisation run by the National Security Agency (NSA). They had access to data held by major internet companies, including Facebook, Google, Microsoft, Apple, Yahoo and Skype.

What data can it obtain?

Detailed information about online activity, crucially including the contents of emails and live chat. The documents revealed Ed Snowden suggested they had access to chat logs, stored data, voice traffic, file transfers and social networking data of individuals. The government also confirmed they had asked for millions of phone records.

When was it set up?

It is believed to have been set up in 2007 under the US surveillance laws passed by George W. Bush and renewed by Obama in 2012.

How has it emerged?

Through a secret NSA presentation to staff which talks of “collection directly from the servers” of internet providers. 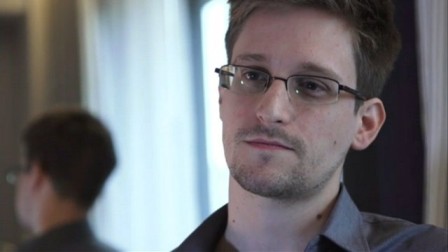 How have companies responded?

They deny knowledge of the programme despite the detail of the NSA presentation.

How does it other countries?

As the primary sites of all the world’s major internet companies are in the United States, it means every communication by another national can in theory be read by NSA agents.

The BBC said: “User data (such as emails and social media activity) is often not stored in the same country as the users themselves – Facebook for example has a clause in its privacy policy saying that all users must consent to their data being “transferred to and stored in” the US.”

This is uncertain and many privacy campaigners are investigating whether there are grounds for a legal challenge. Experts say the legislation covering the issue  is sketchy. Many argue that protecting the country from terrorism is more important than individual privacy.

Are you concerned? Or do you agree that security is more important than individual privacy?

Public outcry has led to the Kenyan government to cut MP salaries by $45,000 to $75,000 (approximately 40%). Protesters called the Kenyan MPs ‘MPigs’ forcing this decision despite a previous decision in May where MPs saw their salary rise to $120,000.

However, MPs will receive a $58,000 car allowance for agreeing with the cut, as well as a large pension, an armed guard, a diplomatic passport and access to airport VIP lounges. The MPs believe that they deserve the high salaries, often providing financial help to their constituents. Although many would agree the MPs are hard working the public outrage stemmed from the fact that they were receiving well over the national average income of $1,800 per year. 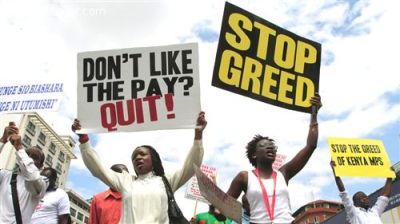 Should Kenyan MPs have their salary cut? If so what should be done with the money?

In Turkey, protests have broken out in the biggest unrest in a decade. Read on to find out why…

Why are they protesting?

Late May trouble began in protest to the proposed demolition of one of  Istanbul’s green spaces (Gezi Park), which has a huge symbolic value to many of the locals. The government planned to use the space to build a replica Ottoman-era barracks and a mosque on the site

Why did so many end up protesting?

Although the protest started off small the police agitated the locals when they tried to clear the protesters away with tear gas and water cannons. As a result, in early June, thousands of people joined in. The government has admitted to overreacting, but so far there have still been approximate 2,800 protesters injured, 800 arrests and 2 deaths.

Who are the protesters?

The protesters are far-ranging from young to old, rich to poor.

What do the protesters want?

Originally it was the stopping of building on Istanbul’s green spaces. Now, a committee of experts known as the Taksim Solidarity Platform has been established to negotiate with government. Their demands are to scrap the redevelopment of the green space, the sacking of many police officers, the prevention of excessive force and to release the arrested protesters.

What other factors could have led to protest?

Days before the protests a bill was passed in parliament to ban the late-night sale of alcohol in shops, which led to protesters holding up beer to Recep Tayyip Erdogan (their Prime Minister) as a gesture of defiance. There are also plans to place a constitutional ban on headscarfs, adultery and kissing in public.

What are your thoughts? Do you think they should be protesting? Is their police showing too much force?

On Friday, Iran is holding an election for a new president. In total 7 contenders are hoping to gain the presidency after 1 contender dropped out earlier this month. Although Iran has no true political parties the candidates are ideological distinct (4 are conservatives and 3 are cautious reformers)

Is the current President standing?

The current president – President Mahmoud Ahmadinejad – is unable to serve another term after already serving a maximum of two consecutive terms.

Who are the candidates for the presidency?

Who did not make it through vetting?

In total 678 people desired to stand for the presidency, with only 8 candidates (now 7) remaining after the vetting process. This process is meant to “prevent corruption and deviation”, according to one jurist. It includes background checks on police records, court records, and registry records for loyalty to Islam. After, the Guardian Council (12 Muslim clergymen) help the vetting process, but this has led critics to believe that many candidates are ‘hand-picked’ because of their loyalty to Islam.

Are the they concerned about a low turnout?

This does appear to be the case. Authorities have made changes to hold local council elections for the same day as well as by-elections for the Assembly of Experts (a group of clerics that appoint the supreme leader). By combining all the elections into one day is a hopeful attempt to boost voter turnout.

What are the election issues?

The economy is in a very poor state, mostly as a result of the country’s nuclear programme.  All the candidates have declared their intention of improving the economy. The pro-Khamenei candidates have also talked about privatisation and fighting corruption whilst the reformers talked about improving world relation. However, NO candidate has mentioned the nuclear programme, which is the cause of their messy economy.

How does the election work?

One candidate needs to have over 50% of the vote to win. If no candidate gets that in the first round and run-off will be held between the top 2 candidates to ensure one candidate gets the majority of votes required to win. On 3rd August the president is to be sworn in.

Although opinion polls and media coverage of the election is often unreliable the informal polls in Iran show that the moderate reformer Hassan Rowhani has a strong lead. But, it is hard to say and all we can do is wait and see…

Keep reading my blog to find out the result of this election in 2 months time!

What are your thoughts on the election in Iran? How should the candidates tackle the crippling economy?