The People’s Republic of China implemented the one child policy to control the booming population of China. This meant that all families could only have one child unless they lived rurally, where they could have a second child if there first child was a girl or disabled (men were needed for labour).

It was introduced in 1979 to fix the societal problems arising from the booming population and has been estimated to have stopped approximately 200 million births in the last 35 years. However, there have been issues of forced abortions, female infanticide and something known as ‘Little Emperor Syndrome’ (where the only child gets spoilt!). 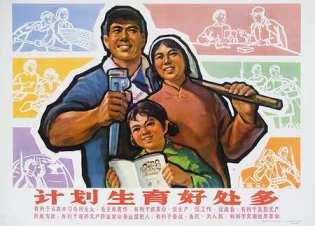 Today, China has just implemented a resolution which eases the one child policy. The Standing Committee of the National People’s Congress has now allowed couples to have a second child if both parents are an only child, but it needs legislative approval before gaining effect.

Experts argue the lack of youth in China is leading to a reduced number of people who are working and increased care for the elderly (China is expected to have 25% of its population over the age of 65 by 2050). There is also a massive gender imbalance in the country.

The new resolution hopes to deal with the new issues facing society as a result of the one child policy, whilst maintaining the fairly low birth rate in the country.

What do you think about China’s planned change to the One Child Policy?

Where is South Sudan?

It is located in central Africa, bordered by 6 countries, and is the newest nation on Earth after gaining independence in 2011. Despite being a country rich in oil it is a very poor and underdeveloped country.

South Sudan gained independence through a referendum which saw the public vote by a large majority (98.8%) to break away from Sudan. Since gaining independence there has been a lot of unrest and border battles between Sudan and South Sudan. The death toll continues to increase daily. Fortunately, conflict has not yet reached the capital, Juba.

One issue the government wants to fix quickly is the oil business. Production had been put on hold for a while, which proved damaging for the country’s already brittle economy.

This month the South Sudan government announced there had been a coup d’etat (a seizure of power). The Sudan Liberation People’s Army, a group loyal to the President Kiir, fought with another group loyal to the former vice President, Riek Machar. This has resulted in the death of at least 500 people.

Gerard Araud (President of UN Security Council) has sent warnings of a “fully-fledged war throughout the country”. Refugee camps have been set up by the UN – currently, there are 20,000 people who have taken refuge in Juba. There is a lot of conflict and tension and that is set to continue.

Is war inevitable? Should South Sudan give in to Sudan or should they fight to support the will of the people?